The giant bipedal tree strode through the forest, each footfall a miniature earthquake. Is that really something I created? Could I do it again without the remnants of some old magical explosion? I was amazed and had so many questions. I didn’t know where to begin thinking about it.

I looked at Raffa. He had a look of surprise or maybe fear on his face as he stood staring. He was quick to snap out of it, returning his attention to Lobo. He backed up to him, standing over his body as he started to turn back into his Beastfolk form.

“Stay away from me,” he said as he reached for Lobo’s arm and slung it over his shoulder.

But before he could, a deafening sound tore through the forest. The earth beneath us cracked and pulled upward while a flash of green energy shot from the ground. I looked down as the ground started to shift. A tall tree next to us began to uproot itself, knocking us off balance as it struggled to free itself from the earth.

“Run!” I yelled, and no one ignored me this time. We sprinted away from the tree as fast as we could. Adrenaline pumped through my body, masking the aches and pains that made it difficult to move in the first place. The tree behind us was now fully uprooted. It stomped forward, creating small craters in the grass with each footfall. Dirt sprayed in every which way, rumbling the earth and almost knocking me off of my feet. I looked back and found Raffa running the same direction as us, but Lobo wasn’t on his back.

Raffa only glanced over his shoulder at the base of the tree that was chasing us. I squinted my eyes. Lobo’s gray-furred body was wedged into the tangled roots of the walking tree’s feet.

All of this could have been avoided. We could have just left without issue if Raffa stopped being so scared of a young girl of a different race. All because of something my people did years ago. Had it ever occurred to him that one action does not define an entire race? Had anyone considered that?

I muttered under my breath before slowing my pace to match Raffa, who was well behind the rest of the group. “Lobo’s riding the tree!” I yelled, hoping that Tigala or Zef would be of use.

Another footfall landed, shaking the earth and closing the distance between Raffa and I. Lobo’s body bounced each time the giant’s leg lifted, but the Beastfolk leader was stuck in place. I couldn’t count on him falling off on his own. The root clump where he laid touched down again, and I ran straight at it.

Raffa tried to do the same, but while he was preoccupied with keeping an eye on Lobo, he didn’t notice a separate thrashing plant pull up a root from the ground in front of him. His foot snagged the root, and he went down. I, at least, had a general sense of the plants around me with my magic, allowing me to be a little more aware.

I reached the root-clump foot just in time for it to lift off of the ground again. I grabbed on, hanging from the foot as it lifted. I struggled to pull myself up to Lobo’s body. The foot landed with a crash that knocked me down again. I dangled from the edge of the giant’s foot, but I was still hanging on. I crawled to Lobo again while the foot remained planted. This time I dug my feet into the roots to keep myself ...rooted, I guess.

“Let him go!” shouted Raffa behind us. He was now chasing the giant tree, trying to catch up to me and Lobo on the foot. “If you hurt him!” he yelled.

I grabbed Lobo’s arm and pulled hard, but he wouldn’t budge from the roots entangling him. I looked him over. One of his legs was deep in the roots like mine, except it looked impossible for his foot to ever fit through the hole it was stuck inside of—a living shackle clamped around his ankle. As I looked, the tree took another step. We were lifted off of the ground when I noticed the roots shifting with the tree’s movement. Maybe they locked around him after his foot fell in. Great. Right when my magic isn’t working.

I tried to move it with my magic, but it was no use. Trees were harder to affect than plants, and the roots were the oldest part of the tree. Of course, creating an entire living forest had tapped me out in a sense too.

I pulled my dagger from my hip and reached down into the hole. I began sawing at Lobo’s wooden shackle, but the tree didn’t like that. It let out a groan like a tree does when it has too much snow on its branches—the sound they make before they snap. The tree flexed and stomped its foot hard, slamming my face against the bark. Blood instantly began pouring from my nose and freshly split lip as I was knocked free of my own leg brace. It was sheer luck I didn’t fall off of the root clump.

I crawled up again and continued sawing at the roots. I was getting close, but the cutting drew another creaking howl from the living tree. This time, it lifted its leg off of the ground and twisted it back and forth, hoping to swing me off. I held on, wrapping one arm in the tangle of roots. Then the foot slammed down once more. I was ready for it with my free arm protecting my face. It still knocked the wind out of me though.

I gasped for air as I reached for the root again. The cut in the root was deep enough that I thought I could break it. I tucked my knife back into the sheathe on my hip and put both of my hands on each side of the partially severed root. I tugged hard, straining the joints in my elbows before the root broke apart. Lobo’s foot came free.

I tried to grab Lobo and get out before the tree could react, but each progressive footfall made it hard to get a good hold on Lobo’s large torso. By the time I wrapped an arm around Lobo, the tree kicked its foot forward, launching us into the forest.

Thinking fast, I did my best to spin a few plants together where we were about to land, but it still hurt. We impacted and bounced and rolled and skidded across the forest floor. If I thought everything hurt before, I hadn’t even felt pain until now. I was gasping for breath, noticing new bruises or cuts I had with each passing second. And not because I could see them. No, I wasn’t even looking for them. I stared up at the canopy of trees and could feel the new pains of my battered body.

There was another loud groan, similar to one I had heard before. I rose my head just enough to see a third tree uproot itself from the ground. It walked away, each step as cataclysmic as the ones before.

Fortunately, the Tree that held Lobo was now marching away, unaware that we were no longer attached to its leg. Tigala and Zef got to me first, before any other living tree could come and find us.

“That was stupid,” said Tigala. Her tone was almost motherly.

Raffa approached next. I was too beat to stand; I didn’t even have the energy to worry about my safety. I watched from where I laid as he stomped over to me with Lobo slung over his back once again. He swung forward a hand covered in brown fur. I tensed, fearing an attack, but he held it there above me. I reached up, grabbed his hand, and he pulled me to my feet despite my body’s protests of pain.

“Thank you,” he said with a solemn voice.

“I’ll join you out of the forest and back to the colony if you’re truly trying to help,” Raffa said. His voice sounded kind, almost noble. I could hear it more clearly now that we weren’t in the heat of combat, and that he was back in Beastfolk form.

Raffa nodded. Tigala said “Come on. Let’s get out of here.” We ran through the forest. My body ached the whole way. More trees sprung to life as we ran. Luckily they were all far enough away that we avoided them without too much trouble. We encountered a few more of the people-sized tree monsters as well, but with Tigala and Raffa’s strength, Zef’s illusions, and my limited nature magic, they didn’t cause much trouble for us.

Once we passed the end of the last green vein, the forest seemed to calm everywhere but behind us. I could hear more trees pull themselves from the forest ground, but the sound was muffled by brush and distance.

When we finally reached the edge of the forest, we stopped to catch our breath at a stream. I collapsed in front of it. I looked at my reflection in the running water. I was a wreck. Dried blood was caked on my upper lip and chin. My hair was knotted and frizzy. Even with my bark-like skin, my body was covered in cuts and bruises. I splashed water on my face to help clear the blood. I took a drink and leaned back as my body began to sway. Zef lowered Chipry down next to me, letting him drink from the stream alongside me.

“Hey, Chip. Are you going to be okay?” I asked, but the words felt wrong in my mouth. The world began to spin around me as my heart slowed to a halt. I heard a muffled voice and saw Zef’s wrinkled white face staring at me, his eyebrows raised with concern. I fell down, my eyes parallel to the stream when I lost consciousness.

I woke up to a familiar bouncing. On top of the pain in my chest and legs and neck and...well everywhere, my head pounded too. I stretched and felt soft fur under me once again. More muffled noises, clearer each time I heard it.

It was Tigala, giving me a shake each time she said my name.

I opened my eyes despite their protests. Seeing light again made my headache pound the inside of my skull. I squinted and said, “Ugh, what?”

“Wh-what?” I mumbled. She set me down on the ground, holding me up by one arm. I could support my own weight, but only barely. I squinted my eyes to regain my vision, and the first thing I saw was the palisade of the colony not too far off in the distance. The gates were open as the sun was setting, and there was a small band of people by the opening. One in particular had white tusks on his face. Torm. He was talking to a Beastfolk that looked like a Rabbit. She had gray long ears tied together above her head. She was one of the representatives. Next to her was a Human wearing a long red coat with his hair pulled back into a pony-tail. Rodrigo. And Mila was nowhere to be seen.

“They beat us here. This will be an uphill battle,” said Zef.

A knot formed in the pit of my stomach as Rodrigo looked up from the conversation. He saw us, and even from the distance, I knew he was staring directly at me. Without a care for our side of the story, I knew that his rage could’ve burnt down the whole forest. 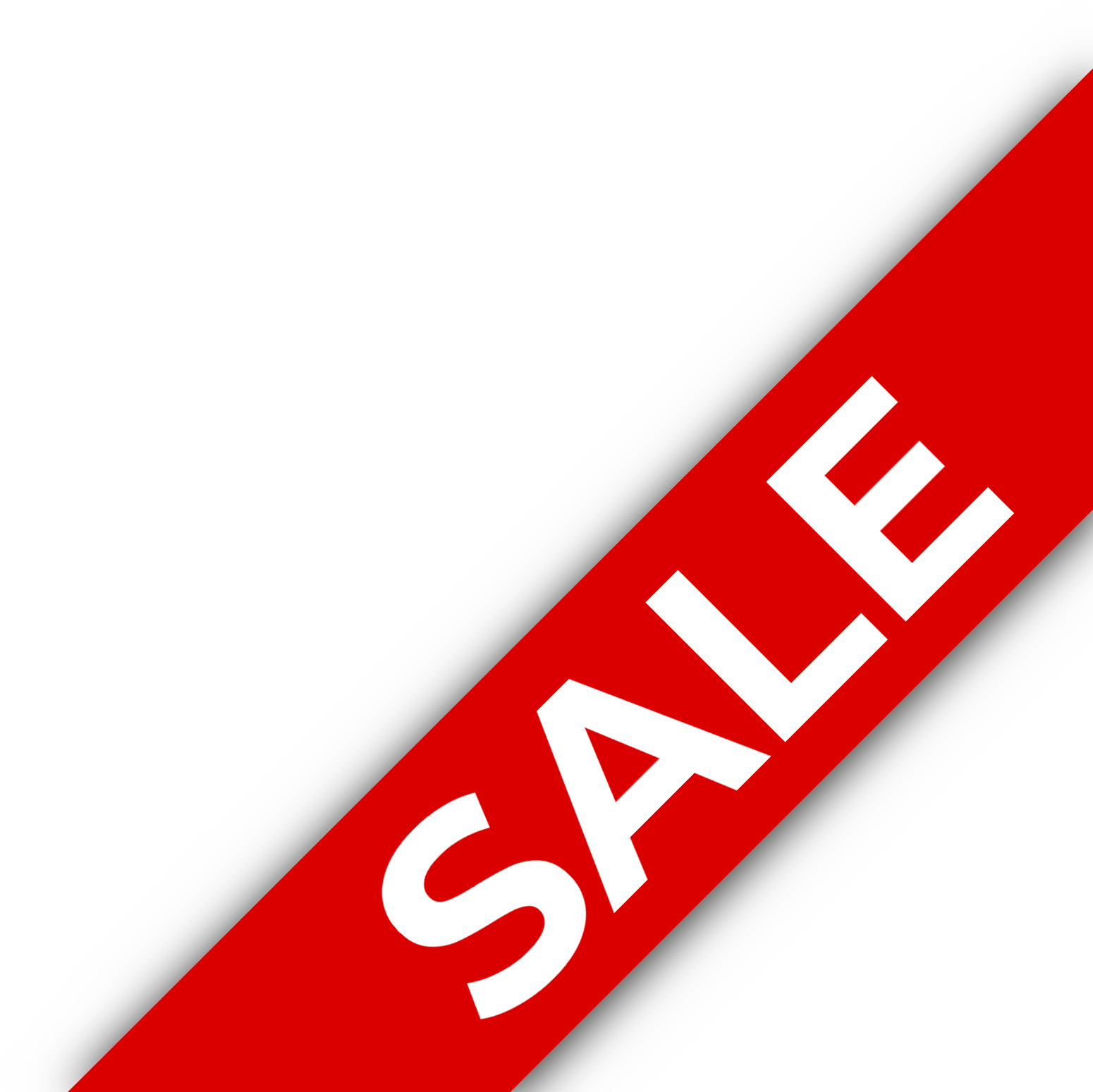 Get a glimpse of the Treek colony in this 3,500-word subscriber-exclusive bonus chapter. (EPUB,MOBI,PDF)