I turned around to see Havik as he plunged a dagger into my side. The pain ripped through me and I fell to my knees. I felt him pull the dagger back out and then heard a thunderous growl. I dropped Talia to the ground and there was a cracking sound—wood breaking.

I tried to turn and face Havik, maybe defend myself somehow. When I saw him, he had a hand holding the opposite side of his stomach as if trying to relieve pain. But I hit him in the shoulder, I thought. He stood barely taller than me where I sat with a dagger over his head. He swung it down with his free hand. I tried to stretch my arms up to grab him or at least smack his arm off course, but I was too late.

The blade came at me. But just before it hit, I heard footsteps next to me. A tiger slammed into the Gnome, tackling him to the ground. He screamed and then vanished into the floor with a purple glow, but not in time to fully dodge a swipe of Tigala's good claw.

Lolan rushed to me through the shattered charred wood that used to make up the cell bars. He wrapped an arm around me. "Are you okay?" he asked.

My head danced and the sharp pain in my side was all I could think about. I touched the wound and my hand returned covered in thick dark blood.

I heard Talia say, "You're all working together?" I couldn't muster a response. And I wasn't worried enough about formalities to see if anyone else did.

More crashes echoed through the chamber. They were starting to get louder and closer together. "Let me help," said Lolan. He stretched my arm over his shoulder and lifted me up. The pain grew, but we had to get out of here before the whole place came down. He walked me through the burning wood cell bars and every step felt like it would cause my torso to tear in half.

Up ahead there were more crashes. A scream sounded through the hallway. "It's coming down! Get out!" We picked up our pace despite the pain it caused me. More crashes. Dust filled the tunnel making it hard to see and breathe. We reached the steps and could see light up above. And then, it all came down.

"Help!" yelled Lolan. "We're trapped! Help! Anybody!" He was at the top of the stairs yelling into the darkness and stone. The only light we had was the brazier, outside of the cells, and the fire still eating its way through the wooden cells. I took deep breaths to breathe thin air and we sat low to the ground to keep from choking on the smoke.

Lolan came back down the stairs coughing and ducked low beside us. "They can't hear us," said Tigala. "It's over."

"She's right," I said. "They can't hear us. We don't even know that they made it out. We should conserve air anyway."

Lolan stood there for a second staring us, he looked up into the darkness of the stairwell, and then he joined us beneath the glow of the brazier at the base of the stairs.

"That Gnome. He was too heavy. He didn't feel like a Gnome."

I couldn't help but laugh, which hurt. I grabbed my side. "What are you saying, he wasn't a Gnome?"

"I don't know. I've tackled Gnomes before. That didn't feel like a Gnome," she said. There wasn't much emotion to the statement, but I could tell she was thinking.

I was too. "The wound I gave him changed location or something," I said.

"Gnomes are weird," said Lolan. I thought of Zef. Weird was a fitting word, but I hoped he made it out safely. I felt so stupid for letting it come to this. I could have stopped Riak if I hadn't hesitated. Now he was probably free while I was trapped and suffocating in the same mountain he had escaped from.

I was holding the wound in my side, trying not to move but also struggling to find a sitting position that didn't agitate it. "It hurts, a lot. But it doesn't matter."

"I mean about the Treek? That stuff isn't easy," she said.

"I don't know. I'm a lot of things. I'm not sure okay is one of them. I wish I was able to stop him, but I also wish I didn't have to. He's a Treek," I said. It was painful to lose him, even if I barely knew him. Even if he was trying to kill 30 other people just to save himself. That was my link to my people, and I drove it off. He might even be dead in the rubble above us, because of me.

"Thanks. It's okay, it's just hard to always be alone." Tears welled up in my eyes and began rolling down my cheek. I didn't mean to cry. It was stupid to cry, especially when we were trying to conserve air. I didn't even know why I was crying. This stupid place. I can't believe I thought I'd find safety here. I had dreams of finding my people and hiding from the world, and all it got me was stuck in this cave, trapped between fire and rock. Stupid.

I began to sob and hiccup, no doubt wasting more of the precious air we had left. Every lurch for breath caused my side to hurt more and made the crying worse. It took a few minutes for me to finally calm down. And when I did, I felt Tigala's furry arm on my back. She pulled my head against the wiry, yet comforting, fur on her shoulder and said nothing.

With my face covered in snot and tears, I stared at the ground while leaning on Tigala. I nodded. I guess he was right. Sure, they weren't Treeks, but they had my back, even when the Treeks didn't. They were my people now.

We sat there like that for a few more moments and then Talia's voice broke the silence. "So, you knew Marv? And Abigail? She made it out?" She spoke with a quiet voice like she was trying not to disturb us. I didn't blame her. It was a pretty personal moment that we just had right next to her. But who cares. It would be over soon anyway.

"Yeah," I said. "Marv had come to find you and found your colony empty. He came with us to keep searching and we found Abigail last night in the woods."

"Are they okay? Were they..." she trailed off looking up the dark stairwell.

"Yeah, they were up there," said Tigala.

"They might have made it out though," said Lolan. "They were trying to evacuate when we came down here for you. They both fought to get you and the others free."

Now it was Talia's turn to cry. She kept on a brave face as she did and shook her head, looking at the floor. "What happened?" she asked.

"Well, thank you," she said. "For whatever it's worth now." She paused. "Why are you all working together? How long have I been down here?"

"All of the Daegal colonies disappeared like you did," said Lolan. "That was about a month ago. Since then, there's been a peace treaty to find the missing people. All races sent people to a single colony to find you. We were the misfits, I guess."

"It's a different world out there," Talia said to herself.

"Not that different," I said. I looked up at the dark staircase. "If this is any indication."

"Thank you for taking care of them," said Talia.

"Marv and Abigail. Marv may be a Dwarf, but he's a softy. I don't think he would have made it here without help. I love him, but fighting isn't his forte. And Abigail, she's still my little girl. She's so brave and passionate, but she's still young, still figuring out how much potential she has."

"The world might not have changed much for everyone else, but I think yours might have," said Tigala.

"Yeah, you should have seen them fighting up there," said Lolan. I could see the excitement on his face. "Marv had some help from a little rock man, but he was toe to toe with the guards. And Abigail got us out of trouble at least a couple times with her earth magic."

We let the conversation die again, and the only sound was the crackling of fire and the sound of heavy breaths. But none of us wanted to die like this. Even though we needed to conserve air, it was only postponing the inevitable, and I at least didn't want to die in the quiet, stuck with just the thoughts in my head.

"So what actually happened here?" I asked Talia. "Do you remember anything?"

"It's broken up, fragmented, but I probably remember more than Abigail," said Talia. "The Gnomes brought us here to dig up those veins in the cavern above here. They didn't tell us why we were doing it, but they mind-controlled some of our own to keep us from escaping. Running would mean they would kill others and fighting meant we would hurt our own, so we stayed, for the most part."

"Abigail broke out, but that was her second attempt. After the first one, they wiped her memory, and after the second, they killed some Dwarves that helped her get out. They were going to kill me too, but they wanted me to suffer first."

"I'm sorry," I said. That sounded horrible. But I could see the same kind of thing happening if my parents hadn't helped me escape from the Humans. We'd either be their prisoners or be killed.

"Do you remember how you got trapped here? How did they capture all of you?" I asked.

"I don't know. I was making dinner in the colony and the next thing I knew, I was a slave."

"Geez, whatever it is, that must be some powerful magic," I said.

The conversation stopped there. We sat in silence again, but it was interrupted this time by a groan from Lolan. He clutched his stomach.

He shook his head and then threw up on the floor of the hallway.

He wiped his face. "I think it's the lack of air. My head is killing me."

Come to think of it, so was mine, but I had been more focused on the wound in my side. Breaths were even heavier now and the smoke made it hard to see. I looked around at the others, and they all looked worse for wear as well.

"I'm sorry. I'm sorry that it ended here," I said. The words came out and dizziness swept over me. Any movement was difficult. My head felt sluggish and my words might have been slurred. I wasn't sure.

The world began to spin around me and my eyelids felt like bricks. I tried to keep air in my lungs but it hurt. The longer we sat there holding onto life, the more it hurt. I began hearing noises, loud and scratchy. Maybe it was my mind playing tricks on me as I hung limply before death. Maybe it was just my body screaming at me. Maybe that's what dying feels like. My vision blurred and I saw a bright light before I drifted off to sleep. 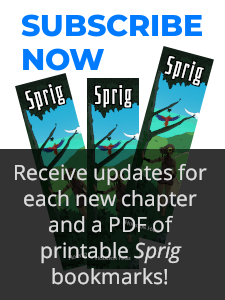